The female pudendum (vulva) forms the outer part of the female genitals.

Fundamentally, it is represented by a fusiform opening with a large anteroposterior axis, with very rough edges, and located in the perineum, immediately behind the pubic symphysis. 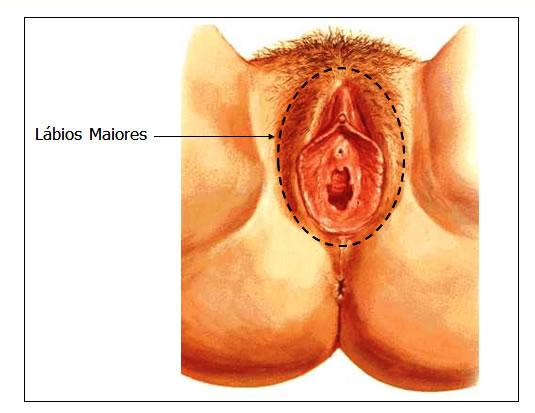 The same happens posteriorly, in the center of the perineum, constituting the Posterior Commissure . 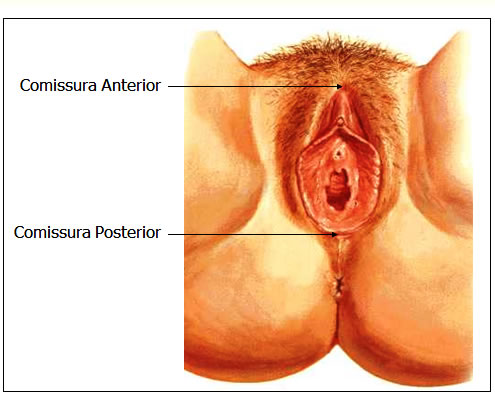 In front of the anterior commissure of the labia majora of the female pudendal and in relation to the pubic symphysis, there is an accumulation of adipose tissue in the subcutaneous tissue, determining a bulge at this level, an elevation called the Monte de Pubis.

The skin of the mons pubis has a large amount of hair, which becomes scarcer in the region of the labia majora of the pudendum.

The anteroposterior cleft that is determined by the two labia majora is called the pudendal rhyme.

The anterior 1/3 has a median triangular bulge with a posterior base, called the glans of the clitoris and the cutaneous roof that covers it would be the prepuce of the clitoris.

The clitoris is a miniature male penis. Like this one, it's an erectile organ. The clitoris is made up of spongy tissue called the corpora cavernosa, which can fill with blood. 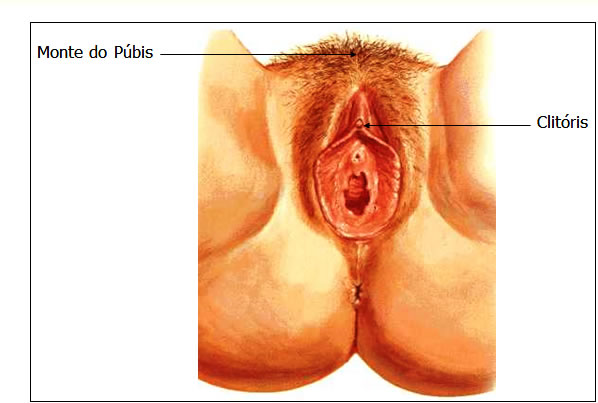 Each branch of the corpora cavernosa is surrounded by an ischiocavernosus muscle.

The posterior 2/3 of the area limited by the larger ones is occupied by another fusiform formation, but smaller.

Bordering this smaller fusiform area, we find on each side a laminar fold, which together constitute the labia minora of the female pudendal.

The labia minora are parallel to the labia majora, coinciding at the posterior commissure, but joining anteriorly, at the level of the glans of the clitoris. 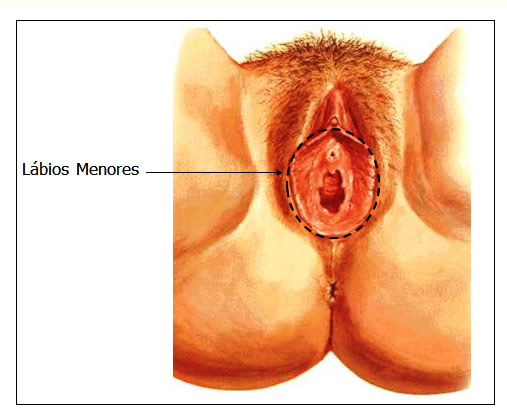 Each labrum minor is semilunar, tapering at the ends.

The space (fusiform) comprising between the labia minora is called the Vestibule of the Vagina .

In the depth of the base of implantation of the labia minora and therefore, on each side of the highest part of the vestibule of the vagina, we find another spongy formation, called the bulb of the vestibule.

Each bulb of the vestibule (bulb of the vagina) is surrounded by the respective bulbocacernosus muscle.

Immediately behind the posterior end of each bulb of the vestibule is a spherical gland about the size of a pea, called the greater vestibular gland. The ducts of these glands (right and left) will open at the base of the corresponding labrum minor. 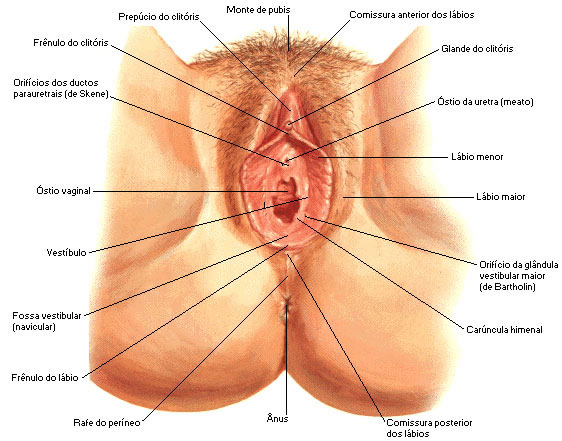