Set of vessels that leave the heart and branch successively, distributing themselves throughout the body. From the heart come the pulmonary trunk (it is related to the small circulation, that is, it takes venous blood to the lungs through its branch, two pulmonary arteries, one right and one left) and the aorta artery (carries arterial blood to the whole body through of its branches).

Some important arteries of the human body:

1 – Pulmonary Trunk System : the pulmonary trunk leaves the heart through the right ventricle and 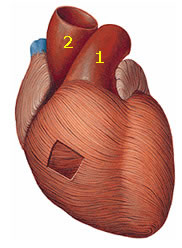 2 – Aorta Artery System (oxygenated blood): It is the largest artery in the body, with a diameter of 2 to 3 cm. Its four main divisions are the ascending aorta, the arch of the aorta, the thoracic aorta, and the abdominal aorta. The aorta is the main trunk of the systemic arteries. The part of the aorta that emerges from the left ventricle, posterior to the pulmonary trunk, is the ascending aorta. 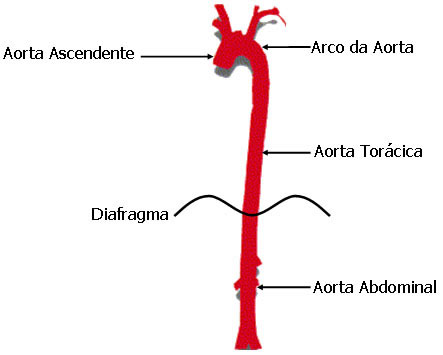 The beginning of the aorta contains the aortic semilunar valves.

The aorta artery branches in the ascending portion into two coronary arteries, one right and one left that will supply the heart. 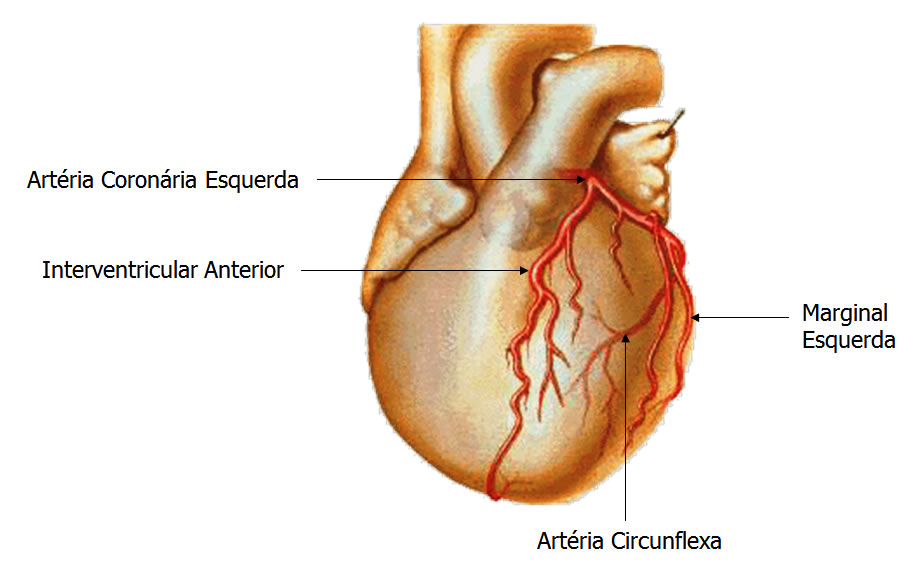 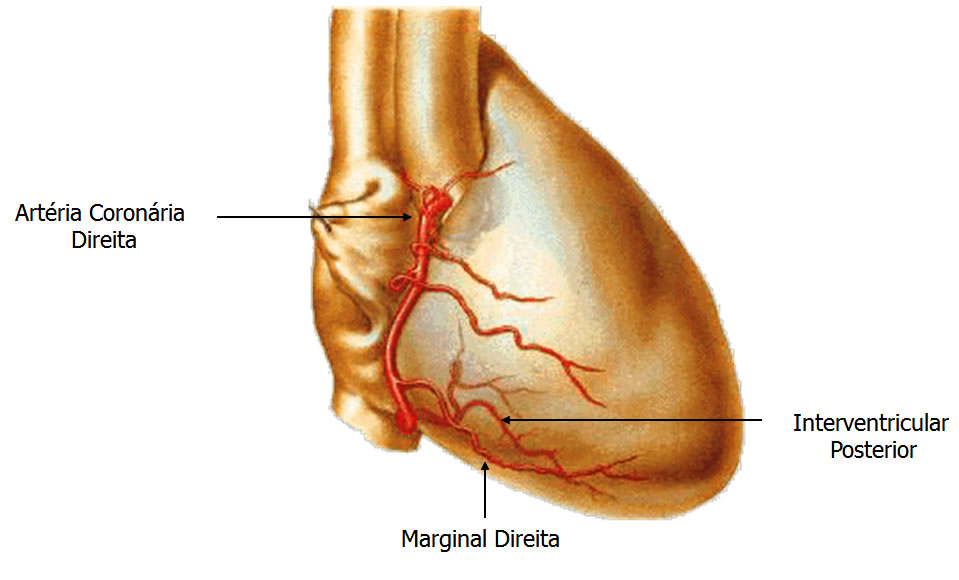 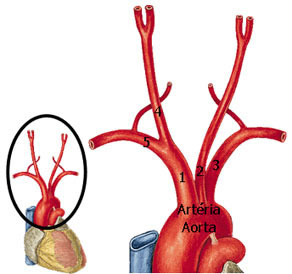 ARTERIES OF THE NECK AND HEAD

Before entering the axilla, the subclavian artery gives a branch to the brain, called the vertebral artery, which passes through the transverse foramina from C6 to C1 and enters the skull through the foramen magnum. The vertebral arteries unite to form the basilar artery (supplies the cerebellum, pons and inner ear), which will give rise to the posterior cerebral arteries, which supply the inferior and posterior surface of the brain. 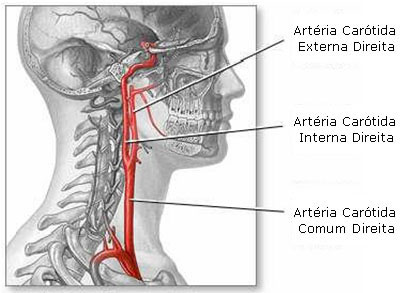 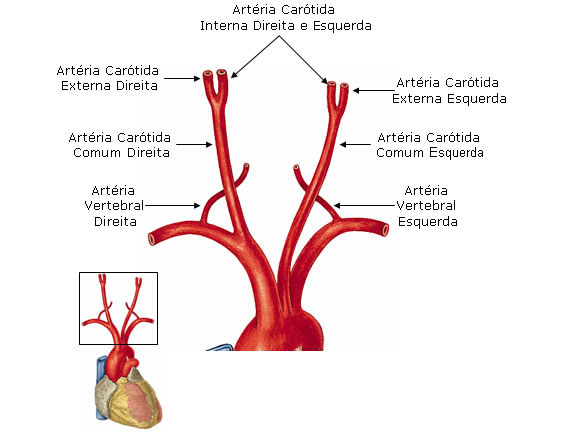 To learn more about the Polygon of Willis, see Nervous System (Vascularization of the Brain). 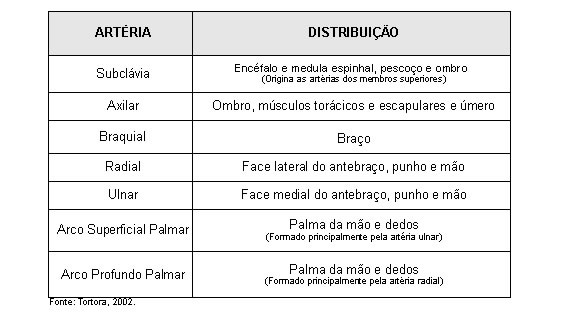 Explanation of the table above: the subclavian artery (right or left), soon after its beginning, gives rise to the vertebral artery that will assist in cerebral vascularization, descending towards the axilla is called the axillary artery, and when it finally reaches the arm , its name changes to brachial (humeral) artery. In the elbow region, it emits two terminal branches that are the radial and ulnar arteries that will travel through the forearm. In the hand, these two arteries anastomose forming a deep palmar arch that gives rise to the common palmar digital arteries and the palmar metacarpal arteries that will anastomose. 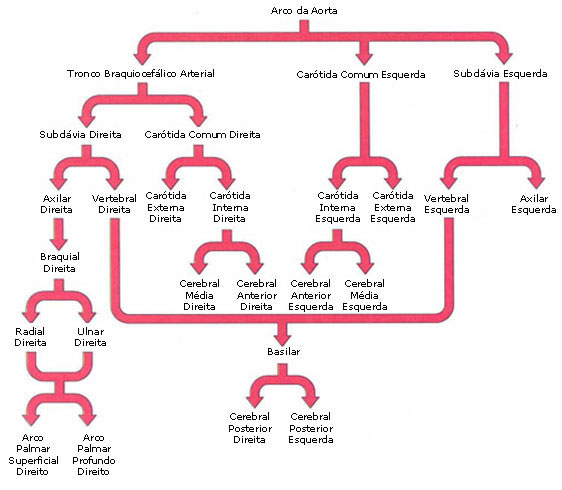 After the aotic curve or arch, the artery begins to descend from the left side of the spine, giving rise to the branches:

When crossing the aortic hiatus of the diaphragm to the height of the fourth lumbar vertebra, where it ends, the aorta is represented by the abdominal portion.

In this portion the aorta provides several collateral branches and two terminals. 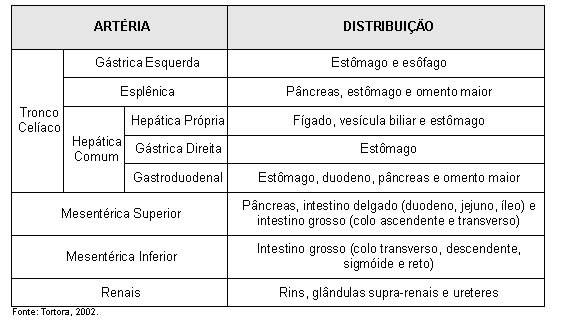 ARTERIES OF THE LOWER LIMBS 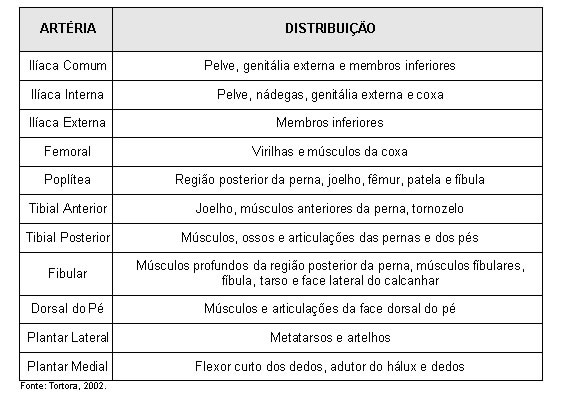