During the evolution of the living being, we saw that the first neurons appeared on the external surface of the organism, considering that the primary function of the nervous system is to relate the animal to the environment. Of the three embryonic layers, the ectoderm is the one that is in contact with the external environment of the organism and it is from this layer that the nervous system originates. 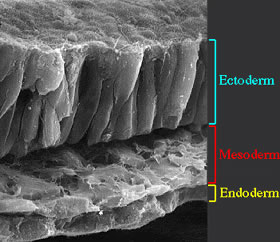 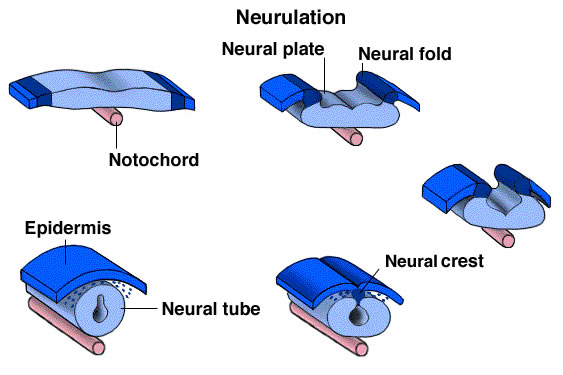 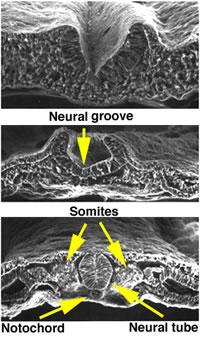 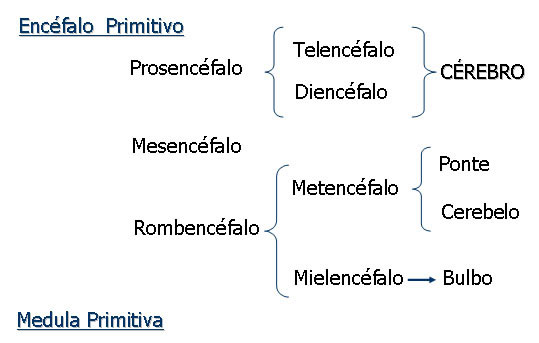 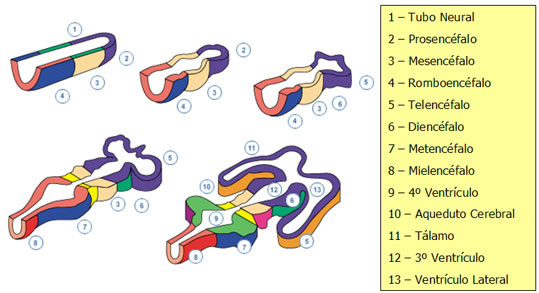 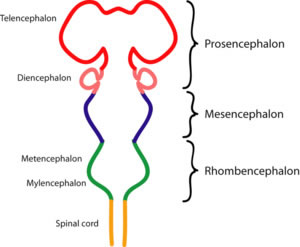 Neural Tube Cavity : The neural tube lumen remains in the adult nervous system, undergoing, in some parts, several modifications. The lumen of the primitive medulla forms, in the adult, the central canal of the medulla. The dilated cavity of the hindbrain forms the fourth ventricle. The cavity of the diencephalon and the middle part of the telencephalon form the third ventricle.

The midbrain lumen remains narrow and forms the cerebral aqueduct that joins the III to the IV ventricle. The lumen of the lateral telencephalic vesicles form, on each side, the lateral ventricles, joined to the third ventricle by the two interventricular foramina. All cavities are lined by a cuboidal epithelium called the ependyma and, with the exception of the central canal of the spinal cord, contain a cerebrospinal fluid, or CSF.

Flexures : during the development of the different parts of the archencephalon, flexures or curvatures appear in its ceiling or floor, mainly due to different growth rhythms. The first flexure to appear is the cephalic flexure, which appears in the region between the midbrain and forebrain. Soon, between the primitive medulla and the archencephalon, a second flexure appears, called the cervical flexure. It is determined by ventral flexion of the entire head of the embryo in the region of the future neck. Finally, a third flexure appears, opposite the first two, at the point of union between the meta and the myelencephalon: the pontine flexure. With development, the two caudal flexures dissolve and practically disappear. However, the cephalic flexure remains determined, in the adult male brain, an angle between the brain, deriving from the forebrain, and the rest of the neuraxis.

Division of the nervous system based on anatomical and functional criteria 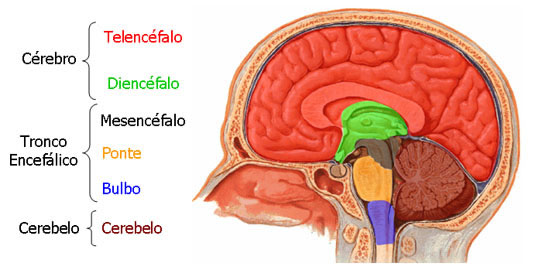