The uterus is a hollow, odd and median organ, shaped like an inverted pear, flattened in the anteroposterior direction, which emerges from the center of the perineum into the pelvic cavity.

The uterus is situated between the urinary bladder, which is forward, and the rectum, which is backward.

In the middle part, the uterus presents a strangulation called Isthmus of the Uterus .

The upper part of the isthmus is called the Body of the Uterus and the lower part constitutes the Cervix (neck). 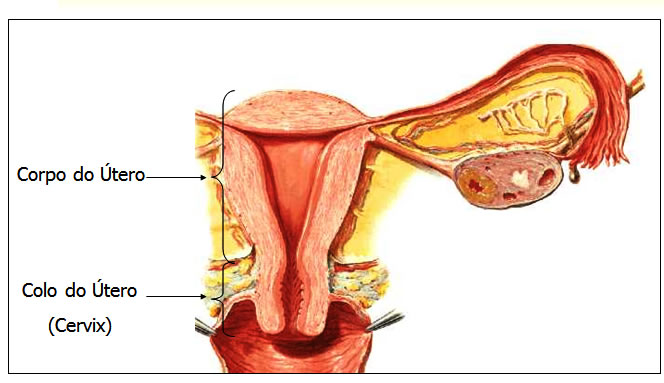 The upper end of the body of the uterus, that is, the part that lies above the implantation of the fallopian tubes, is called the Fundus of the Uterus .

The cervix of the uterus is subdivided into two portions by a transverse plane that passes through its middle part, which are the supravaginal and vaginal portions.

This transverse plane is represented by the insertion of the fornix of the vagina, around the middle part of the cervix.

Thus, the supravaginal portion of the cervix is inside the peritoneal cavity and is surrounded by the peritoneum, forming a common block, upwards, with the isthmus, body and fundus of the uterus, while the vaginal portion of the cervix represents a cylindrical segment rounded downwards. , which bulges inside the vagina, occupying the center of your fornix.

In the center of the lower end of the vaginal portion of the cervix of the uterus is an opening called the ostium of the uterus.

The lateral unions of the two faces constitute the borders of the uterus.

A corresponding fallopian tube is implanted at the upper end of each rim.

The uterus, being a hollow organ, presents a cavity that is triangular with a superior base, at the level of the body, and fusiform inside the cervix, receiving this last part of the canal of the cervix.

At the upper angles of the uterine cavity are the uterine ostia of the corresponding fallopian tubes.

The walls of the uterus are constituted by concentric layers, which from the periphery to the depth, are the serous tunics or perimetrium, subserous mesh, muscular tunic or myometrium and mucous tunic or endometrium.

The Perimetrium is represented by the visceral peritoneum that covers both the visceral and the intestinal parts of the organ at the level of its lateral borders, the two leaflets expand laterally to form the Broad Ligaments of the Uterus.

The subserous mesh is represented by a thin layer of connective tissue that is interposed between the serous tunic and the muscular tunic.

The Myometrium is formed by a thick layer of smooth muscle fibers that are distributed, from the periphery to the depth, in 3 planes: longitudinal, plexiform and circular.

At the level of the body of the uterus, the mucosa is smooth, while in the cervix it is very folded, whose folds resemble palm leaves and are therefore called flat folds.

The endometrium plays a very important role during pregnancy. 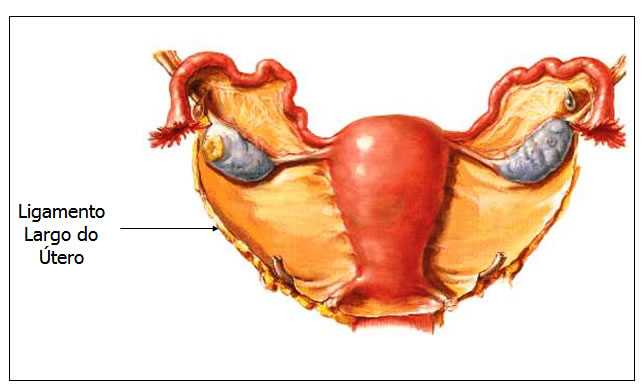 Normally, the uterus presents itself in anteverse flexion; therefore, in anteversion and anteflexion.