The vagina is a median musculo-membranous tube, which superiorly inserts into the contour of the middle part of the cervix of the uterus and downwards crosses the urogenital diaphragm to open into the female pudendum, whose orifice is called the vaginal ostium.

It is the female copulatory organ.

The vagina has two walls, one anterior and one posterior, which remain attached for most of its length, representing a virtual cavity.

Superiorly the vagina behaves like a cylindrical tube to enclose the vaginal portion of the uterine cervix, and inferiorly it flattens transversely to coincide with the female pudendum. 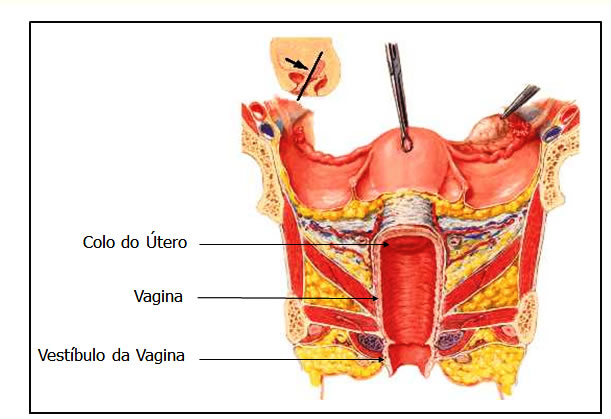 The dome of the vagina is represented by a recess that surrounds the highest part of the vaginal portion of the cervix, receiving the name of fornix of the vagina.

Because the uterus is normally anteverted, the anterior part of the vagina is short and the posterior part is longer, with the result that the posterior region of the fornix goes higher or deeper.

In a virgin woman, the opening of the vagina is partially closed by a mucous diaphragm, called the hymen.

Structurally, the vagina consists of a fibrous tunic, which surrounds a muscular tunic (smooth muscle fibers) and is internally covered by a mucous tunic.

The entire mucosal surface is folded transversely, these folds known as vaginal wrinkles. 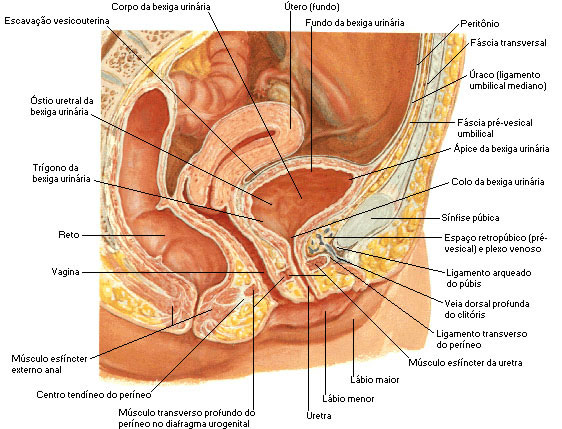 They are two small formations (0.5 cm in diameter each) located on either side of the vaginal orifice, in contact with the posterior end of each lateral mass of the vestibule bulb. They are rounded or oval and partially overlapped posteriorly by the bulbs of the vestibule. They secrete a substance rich in mucus, which moistens and lubricates the vestibule. 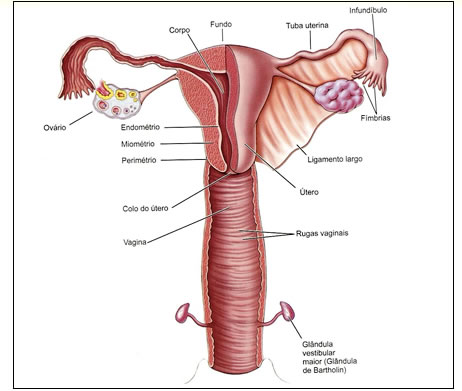