The bones of a synchondrosis-like joint are joined by hyaline cartilage. Many synchondroses are temporary joints, with cartilage being replaced by bone over time (this occurs in long bones and between some bones in the skull). The joints between the first ten ribs and the costal cartilages are permanent synchondroses. 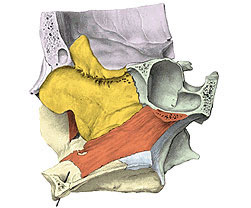 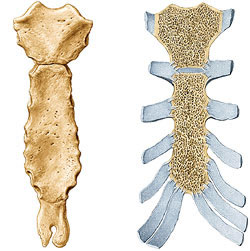 The articular surfaces of bones joined by symphysis are covered by a layer of fibrous cartilage. Between the bones of the joint is a fibrocartilaginous disc, this being the distinguishing feature of the symphysis. These disks, because they are compressible, allow the symphysis to absorb impacts. The joint between the pubic bones and the joint between the vertebral bodies are examples of symphysis. During development the two halves of the mandible are joined by a median symphysis, but this joint becomes completely ossified in adulthood. 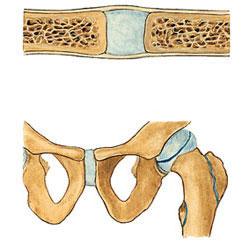